The front of our house has gone through a few variations, with the below picture representing the most recent update.  With the railings gone, it became obvious that the warping and sagging were not fixable while keeping the deck as is.  Dave and I discussed many options for the front porch and settled on a simple replacement deck. 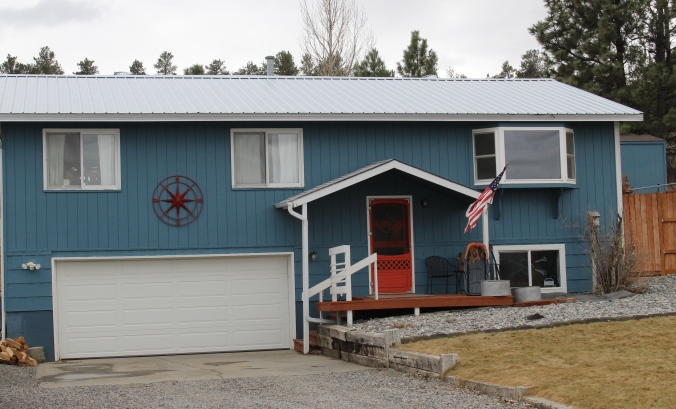 But first…demo.  Once we cut through the wood, the reason for the sagging became apparent.  The supports were sitting in the dirt.  No footings, no cement blocks, just dirt.  The wood had rotted away. 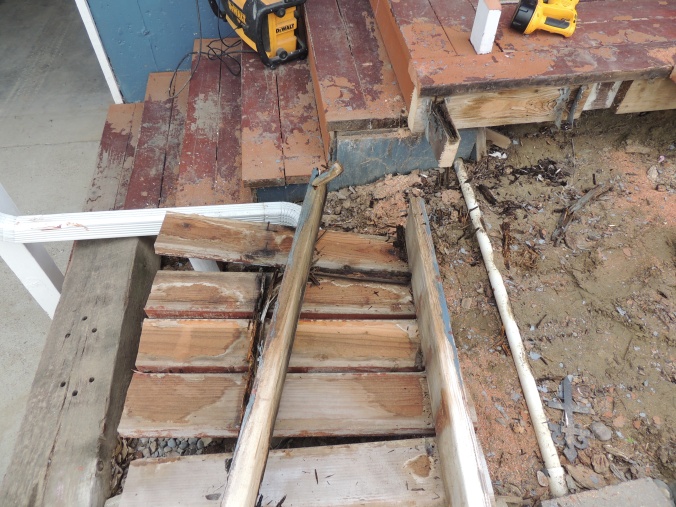 With the front deck, came the roof of the front porch.  I have never been comfortable with the placement…..um, can anyone say off-center from the door????   Plus, it was pulling away from the house. 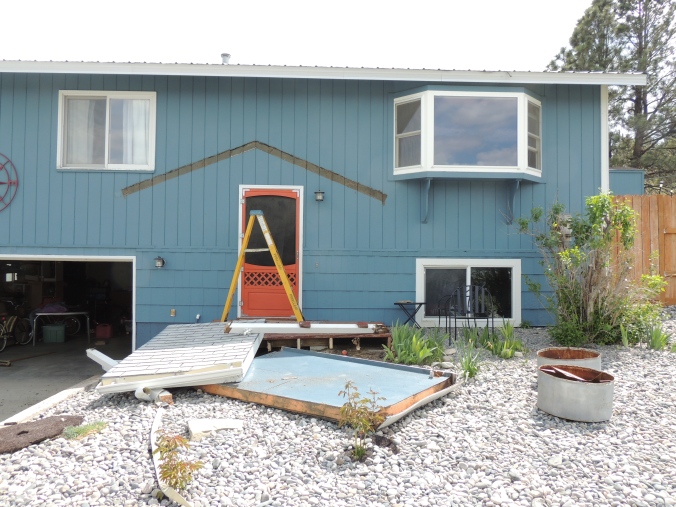 We poured 6 cement footings for our 4×4’s –the last one was placed after the below pic.  And then it rained for days and we had to keep it covered and wait.

See that dirt?  Yeah, it really wanted to be in my driveway. 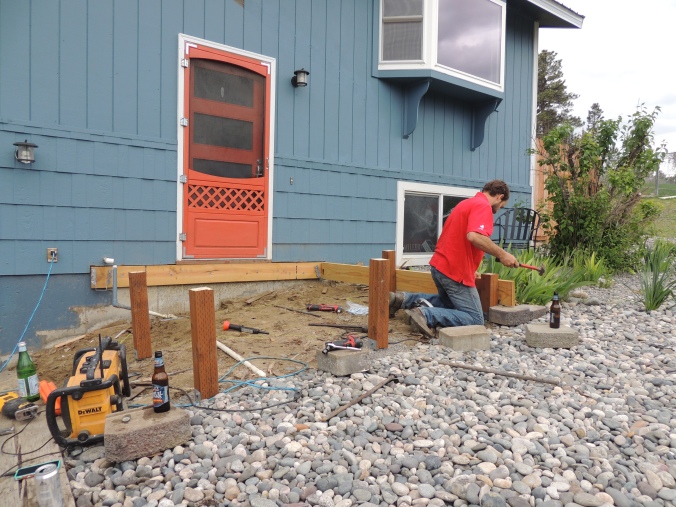 My sis-in-law was here and helped Dave with the deck boards.  Thanks! 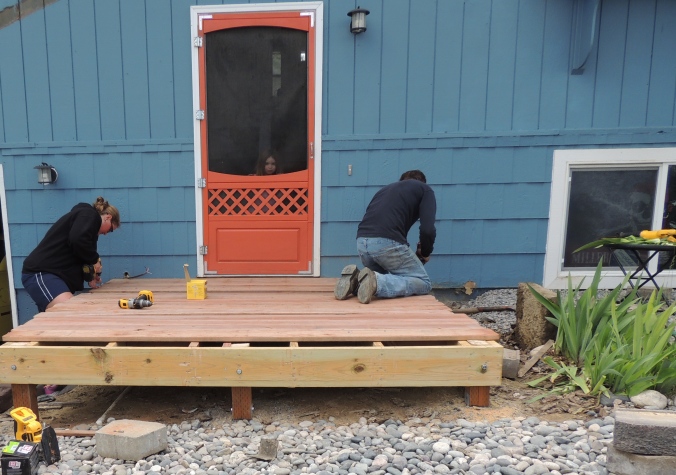 Almost done.  We have some fascia work, a new deck roof and some stain to do…..but so close!

We did not put stairs in.  There is a reason for that.  The retaining wall is going to be replaced this summer and the yard will more than likely look much different than it does now.  Dave and I have been talking about creating a more drought resistant, xeriscaped front yard.  With the change, a new walk up entrance will be made that takes our guests from the driveway to the front of the new porch. 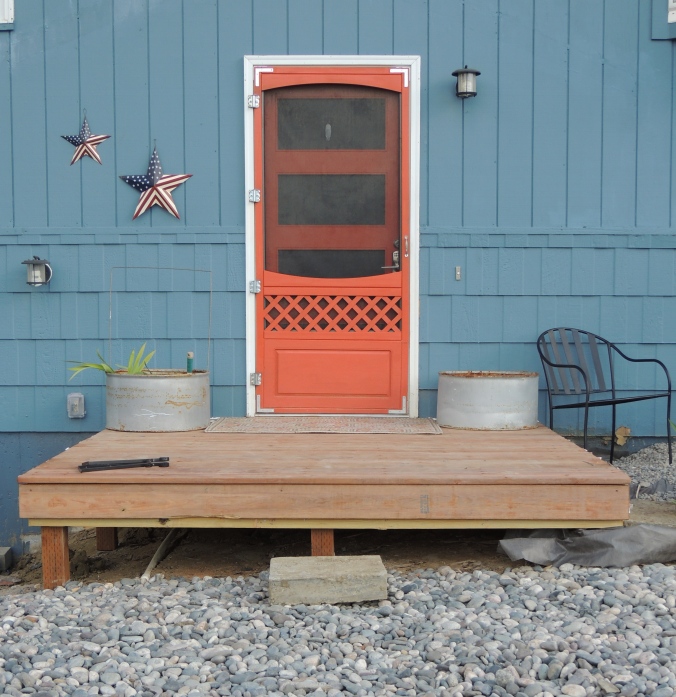 Ahhh.  Love it.  Nice and smooth and stable. 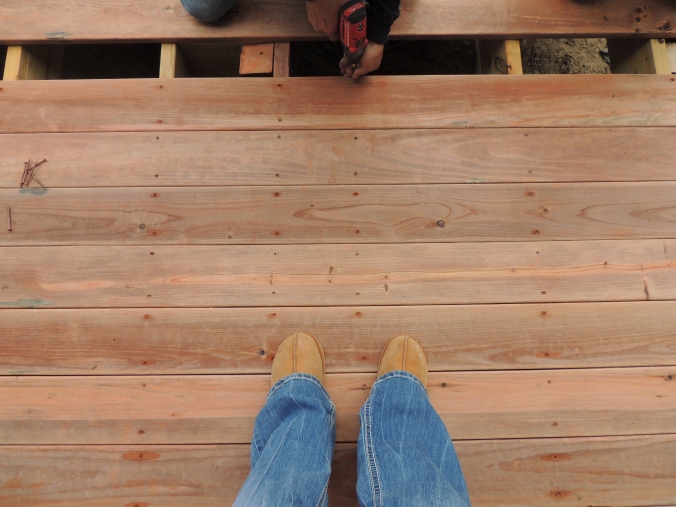 a look into semi rural lifwe

Fixing Up a Chicago Bungalow

REMODELING IS THE WORST
Making it Lovely

A design blog about living a stylish life and transforming the so-so.

A homesteading experiment and collection of incredible ideas